World Cup is coming back to the United States! The 2020 International Quidditch Association World Cup will be held in Richmond, Virginia. Based in the home country of where quidditch and the initial IQA was founded, quidditch travels back to its old roots in the US.

The IQA placed the decision for the final location to the General Assembly, after initial concerns about cost and accessibility led them to choose a vote between the two sites instead of the expected choice of Richmond. After the deliberations voted on by the General Assembly, by vote split of 10 to 7 and one NGB abstaining, the IQA has decided to place World Cup in Richmond, Virginia. Richmond is also the host site for the 2019 Pan-American Games and 2019 Major League Quidditch Championship, and was host to the USQ Mid-Atlantic Regional Championship in 2014. IQA Events Director Pauline Raes stated in the IQA 2020 World Cup announcement that “this cycle had some strong bids, and I can’t wait to see the latest edition of our marquee tournament come to fruition. I’d like to thank everyone involved in this process, from bidding parties and National Governing Bodies, to IQA volunteers and the wider community – together we’ll make 2020 a year that will never be forgotten.”

As released in previous announcements by the IQA, Richmond was viewed to have “exceptional facilities and support” in the organizations involved with the Richmond 2020 bid. World Cup will be co-hosted by US Quidditch, MLQ, and the IQA, as well as Richmond Region Tourism. Sarah Woolsey, USQ Executive Director stated, “we are overjoyed to be hosting IQA World Cup and are excited to work on another international quidditch tournament with Richmond Region Tourism.” commented Sarah Woolsey, USQ Executive Director.

The event will be held at Glover Park, which is part of an ongoing construction project started in 2016 to provide a tournament-quality sports complex to the area. The IQA requested Glover Park over original bid location River City Sportsplex due to the turf being “better suited for the event and climate over the proposed dates,” according to the Richmond bid package. The location currently boasts four lighted multi-purpose organic infill turf fields, which can fit eight quidditch pitches. According to the Henrico County website, the organic turf is up to 65 degrees cooler than traditional turf and will reduce the risk of injury. More about the bid package can be read here.

In the IQA’s May 3rd announcement, Richmond Region Tourism President & CEO Jack Berry stated, “We’re thrilled the International Quidditch Association has chosen the region to host the IQA World Cup 2020 and we can’t wait to welcome some of the best quidditch athletes from around the world to the Richmond region next year.”

Whilst the date is not yet confirmed, it is expected to be mid to late July 2020. Those interested in volunteering or being an official can fill out the interest form here. 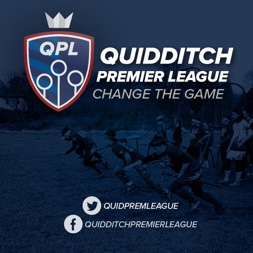 Written by Annemieke Drost and Rike Reimer Upper-level quidditch volunteers have sporadically spoken up about burnout and the complicated relationship between volunteers and the general community, but nobody has explored this topic extensively. Until now.  […]

By Keith Jones On January 25th, 2020, the second Japanese Quidditch Cup (JQC) was held in Tokyo, Japan. Originally it was supposed to be held on November 24th, 2019, but was rescheduled due to severe […]